If you would like to book Tony please email to kicks383@btinternet.com

for your Private or Corporate event. 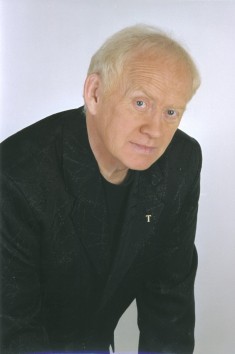 Thank you for taking the time to look at this site. I have been a fan of Genes since 1963 when I bought my first record, 24 hours from Tulsa.

To perform Genes songs is a great pleasure and I try to do justice to a great artiste and his work. I know there was and will only ever be one Gene Pitney, though I perform his songs I do them in the style of Gene and I know that no one can ever replace him.

Long may the name and songs of Gene Pitney live on.

Gene Pitney was a unique talent who devoted his life to his music. He was writer as well as a performer and gave his all not only to his contemporises but all so to all his fans through out the world. He was one of those rare talents that come along and now he his no longer with us we have his memory and his music to remember him by.

Tony Lee as been around in the music industry since the early 70's. He as performed through out the length of the UK and Europe. Like Gene he as a very distinctive voice which without any effort sounds very similar to that of Gene so it was only a natural progression that he should put together a show that showcased the music and uncanny sound of the voice of Gene Pitney

Tony as featured Genes music in his act since the late 70's due to the many requests from his own audiences but it wasn't till 2003 that he decide to dedicate a complete show to Gene Pitney's music.

Why not come along and join us for a great night with other Gene Pitney fans.

A special memorial show to remember the man and his music.

Maurice Merry ,Genes MD for 36 years will be there to recall his time with Gene,

and also Henk who ran the fan club in Holland is planning to be there.

Hi, well October came and went but what a memory. Every one was great and we were treated like long lost relatives, I can't thank the guy's over in the US enough it was awsome. www.gene--pitney.com this is where you can find all the latest info on what the guys in the USA are doing.

Check out what the Commemorative Commitee are doing: www.genepitney.org

Link to loads and loads of pics http://gene--pitney.com/2008_Convention.html

I would like to thank DJ Ken Kojak in New York for his help in promoting the event amongst the residents of New York. Who loves you babe!

Ken and Barb Kojak snatch a dance together. 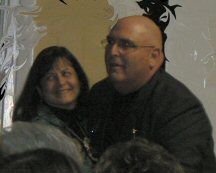 Jill and Annie deep in conversation 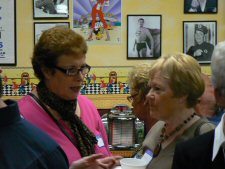 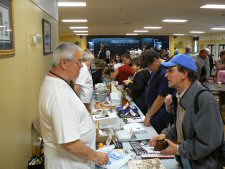 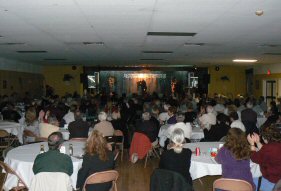 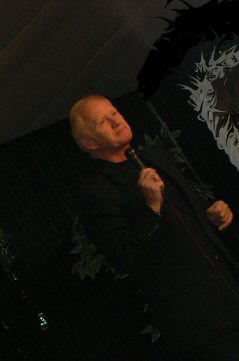 I love a Parade,

A great honour to be asked to share in this wonderful event.

Along with members of the committee and two of the original Genials, Bob and Dick

A message from Marty Wilde

What a privilege to be performing in Rockville!  I wish you the best of luck.  As for the fans ...

Having grown up in Connecticut, it is a thrill to send a message to Rockville.  I salute all the fans of our dear Gene Pitney, one of the greatest artists of the greatest period in popular music.  I will be playing Gene's records on BBC Radio as long as I am a broadcaster.

Rodney Collins now works onOffshore radio,  http://www.offshoremusicradio.com/rodneycollinspage.php
I was Gene Pitney's friend from 1967 - when I first saw him on a UK tour and interviewed him for a local newspaper...through to his death. My wife, daughter and I visited him in his dressing room in Hull just a week before he died. He and Maurice Merry had been a part of my life for almost 40 years.
I went to 34 concerts or cabaret performances by Gene in every part of the UK over the years and never saw him do a bad show. Some, were simply sensational, ironically that was the case in Hull a couple of years back. The capacity audience loved him. They couldnt have known it would be the last time any of them would see him.
I interviewed Gene 17 times. Once for a local newspaper, twice for the Billboard group and the other 14 times for various radio stations. I called him at home dozens of times and always had full co-operation. He helped me put together a number of album releases - '24 Sycamore' for Pickwick in the late 70's and then three CD releases for Sanctuary Records in this decade. He enjoyed picking over the tracks and telling the stories behind the songs.
My best memory though would be the late 80's when I interviewed him for Radio Luxembourg. We were due a half hour at the Westbury Hotel, just yards from Luxembourg's Mayfair studios. We did the interview and, at the end, Gene said "Rodney if you have some time, I would appreciate your advice". I naturally stayed and he told me the story that he'd been approached my Marc Almond's management who wanted Gene to duet with the Soft Cell singer on a re-recording of "Somethings Gotten Hold of my Heart". Almond had done it solo on his then current LP and felt it lacked something. Gene and I chatted through the options and he ended up making a call, there and then, to agree to the recording. The record went to Number One and became the biggest seller of his career in the UK. He always thanked me for my advice.
Me and my family have lost a friend. My wife went to all the shows with me from probably the early 80's onwards.....and our daughter (Sarah) sang along to "24 Hours from Tulsa", dummy in hand, when she went to her first concert of Gene's when she was barely a year old. She then met him every year until 2006.
Along the way I hosted a couple of receptions for Gene as well. One at Pye Records to celebrate the charting of "24 Sycamore" in the 70's and another 20 years later at Dartford's Orchard Theatre to celebrate a sell-out tour.
If you read the sleeve notes I wrote for his LP and CD releases, you will see how much I rated the man. And how much I miss him.
Rodney Collins

Tony Lee gets in his guise as a Gene Pitney tribute, he really sounds the part and obviously knows the back catalogue inside out. A little surprisingly, it was a cracking The Man Who Shot Liberty Valance that proved the highlight. There are plenty of older audiences out there who will enjoy Lee.

If you would like more information on availability and prices for this special show please contact, on 0115 8465066, or kicks@ntlworld.com